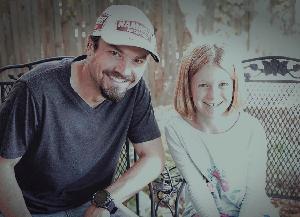 Thank you for supporting the 401K Run for Cancer!

This fundraiser is in honor of Celia and benefits the Histiocytosis Program at Texas Children's Cancer Center.

In October 2019, - Rob Steger, an investments analyst with Great-West Investments, will run 401K (kilometers) to raise funds for pediatric cancer research. He's running in honor of his co-worker and friend, Robyn and her daughter, Celia.

About Celia and Texas Children's Cancer Center:
Celia was diagnosed with a rare histiocytosis brain tumor in April 2018. She underwent surgery to have it removed, but a new growth in a different brain location was discovered in May 2019 and she is currently undergoing a year of chemotherapy treatments. Robyn’s daughter is a patient of Dr. Kenneth McClain, a leading expert who heads the Histiocytosis Program at Texas Children’s Hospital.

The program is the largest histiocytosis treatment program in the world and is ranked #3 in the country by US News and World Report. Dr. McClain and his team have developed and greatly expanded the number of clinical trials of innovative therapies to treat histiocytosis.

We need your contributions to find answers for Celia and other children with this condition.

About Empower Retirement and Rob's 401K for Cancer

Empower Retirement - an affiliate of Great-West Investments - is sponsoring Rob, and he'll wear Empower logos on his shirt during the run. The company will help publicize the 401K, match a portion of the external dollars raised, and make an additional corporate donation upon successful completion.

Rob has published a book on how running has changed his life, titled Training For ULTRA and an eight-episode TV show on his journey will be available on Amazon.

All donations from the 401k Run for Cancer fundraiser will be directed to the Histiocytosis Program at Texas Children's Cancer and Hematology Center.